Who is actually Olli Hess?

The founder of the brand of the same name ollihess is not only characterized by a passion for sound instruments of various kinds. He has also internalized a rich repertoire of strengths and weaknesses of many products over the years, which he implements into his products.

Olli Hess saw the light of day in 1974 in northern Germany. The founder of the eponymous brand is now the father of three wonderful children and has realized his lifelong dream. In his small cubbyhole he has built prototype after prototype in laborious and sweaty manual work. Already at that time an incomparable quality was very important to Olli Hess – especially in the quality of workmanship and the sound spectrum.

To ensure the high quality standard, all gongs are handmade in close cooperation with Olli Hess by the gong maker Broder Oetken. All gongs are listened through by Olli Hess and only get the ollihess seal after an extensive quality check. 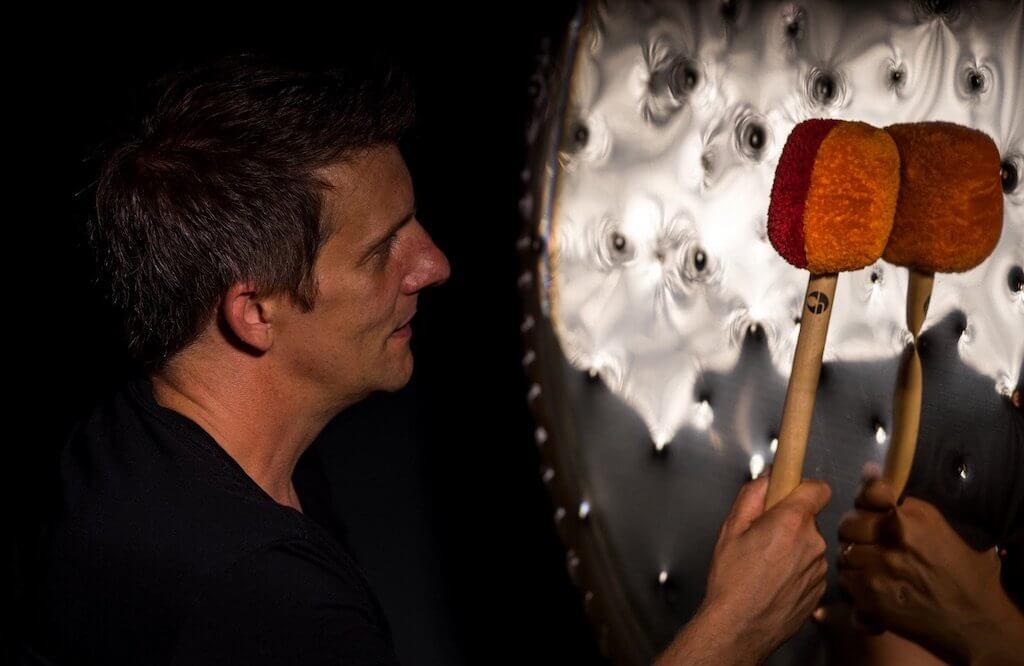 High quality is important to him not only for his gongs but for all ollihess products. They are produced 100% in Germany under fair conditions and the strictest quality requirements. Olli Hess has a friendly relationship with all the people involved in the manufacture of his products. In this way, the spirit of quality and joy is transmitted as if by magic.

Apart from quality assurance, the brand founder of course also constantly drives the further development of his own products. Again and again, new products from the creative mind of Olli Hess are brought to reality. In addition to further development he gives individual trainings, workshops and sound evenings in his sound room in Uenzen. His other creative balance is provided by his second hobby – photography.

The life of Olli Hess as a person and brand

In 2008 Olli Hess started to develop the first gongs of his brand. At the same time he took part in a training in the heart rate variability measurement “Autonom Health” by Dr. med. Alfred Lohninger.

Finally the ambitions of the own gong development paid off, because in 2010 the ollihess gong Freya 36 inch/91 cm was finished. Already one year later the development of the first ollihess Gong Mallets was initiated. In 2012, the earth gong Sajda and the cosmic gong Wega were created.

New experiences and ideas are constantly flowing into his developments. This results in an ever-growing range of different mallets, which in the variety of applications and colours finds fans all over the world!

Brand new, Olli Hess will be launching a range of high quality gong drivers in autumn 2018.